A month ago I owned ZERO chickens and never raised a farm animal in my life. Now I have this in my back yard, and it was a blast to build. Let me show you!

DID YOU KNOW: You can follow me on these social media platforms!

*I use affiliate links, please see details on my disclaimer.﻿

So, to get started on this coop I pretty much have one job and that’s to cut a pile of big 2x4s into a pile of smaller 2x4s

Unlike most of my projects, there’s no milling rough lumber. I’m just cutting construction lumber to length and moving on which is kind of a nice change.

The roof is pretty straightforward, all 90 degree cuts that just need to be assembled

My reasoning for doing it that way is that if I ever want to get rid of the coop I want to be able to easily disassemble it into its component parts like walls, roof, etc but those component parts wont need to be taken apart because they’re all fairly small so I could use nails on those.

I asked the internet what’s a good angle for a chicken coop roof and I got everything from about 5 degrees to 18 ½ degrees.

I think if you made a bigger coop than this one, 10 degrees might be better but for my little coop I think It looks nice.

And the bottom is pretty open because that’s where the chickens will access the nesting boxes.

Sounds like something you wouldn’t bother with because , well, geometry.

But its actually easy and you don’t need any math

Just lay the boards inside the door frame and mark where they intersect.

I then just line up my miter saw exactly to that line and set my depth of cut to be exactly halfway through the board and begin feeding it through the blade like I was back working in the deli department.

I sneak up on the final fit and bam, I have an X with no math needed

And it drops right back into the door because that’s where I took the original measurements from!

Moving on, to the base of the coop I’m going to use 4×4 posts as the main supports and those get the same 15 degree angle on top

Each front and back post will be connected by two main horizontal supports.

To make those I’m, going to gang a couple 2x4s together

I plan on putting sand in the bottom of the coop a couple inches deep which will be fairly heavy and I don’t want the floor to sag over time.

I put pockets on both the inside and outside for added strength.

This made the process so easy

You can see my reference line on the post.

the height was just right to drive my screws and then remove the temporary support.

Just making sure project is still on schedule.

All I need now is a floor

The other reason I went with this size is that it’s recommended to give each chicken 3-5 square feet of coop space and since I have six chickens, this will give them 4 sqft each.

I use the same method to cut out toe kicks on cabinets it’s so quick and easy.

That just drops right into place without too much persuasion and gets screwed down to the frame with inch and a half screws and that’s it for the base.

The next day I got a few helping hands to carry the base of the coop to the least slopy part of my yard.

This was a real challenge because I live on the side of a hill but in this spot we were able to get it really close by temporarily propping it up with a couple 2x4s.

Then we could begin adding the walls of the coop

This is where prefabbing them in the shop was clutch because now I just have to drop them in and screw them into place.

On this side I just toenailed the front to the floor.

This will keep the run and the coop in the same plane so when we do final levelling we can get the whole thing at one time.

We did the same thing for the back of the run as well.

Before adding any more walls we decided to swap out our 2x4s for some more permanent support in the form of concrete pavers which you can kind of see in this super out of focus shot!

The last bit of framing left was adding the nesting box.

I reserved the last 12 inches of the coop for this

The idea size of each nesting space is 12-14 inches wide which gives me room for four good sized spaces in here which should be plenty for six birds because I’m told the birds will end up picking just a couple spaces as their favorite and always use those.

Hey, this thing is starting to look like a coop!

Then screw them right to the framework of the coop

The panels aren’t very big but to help out I screwed a scrap of 2×4 to the base of the coop to act as a ledge to hold the panels in place while I attach them.

The coop was already pretty sturdy before but now with all these panels screwed onto it, it’s rock solid

The panels went on easy enough and yes, I covered over my window frames which will be easier to cut out later than to cut around now

This T1-11 is going to give the coop a real rustic feel and look great when it’s painted (that’s foreshadowing).

Oh and randomly I noticed I hadn’t added sides to the nesting box so I screwed some of the OSB to the vertical supports to wall each space off.

This was so quick and easy but man was it messy

I felt like I was in a blizzard of sawdust.

Then it was time to knock out those windows

This is super easy to do

Note to self though, staring this close at a fresh white surface in direct sunlight is killer on the eyes, like snow blindness so maybe cut the windows out BEFORE painting next time

The windows fit in nicely and screw right to the framing

You know, they say the eyes are the windows of the soul.

But I also think the windows are the eyes of the chicken coop.

OK, I need to make another hole in the back for the chicken’s door

To cut the hole I used the same technique as the windows but because I did it from the outside I screwed up the hole locations and hit the 2×4 at the bottom. Oops.

And I can test it out.

Next, I can add some trim to tidy everything up

This was all primed and painted with the same exterior house paint ahead of the installation but I did go back and touch up any bare spots on the exposed ends or caused by the nail holes.

The side access door was made the same way but I’ll add barrel locks later to the top and bottom to it to keep it secure.

And I can scrape any droppings of the droppings board right into a 5 gallon bucket for use later as fertilizer.

I’m also making a two level roost over the droppings board which will give my birds plenty of space and get plenty of air circulation from the windows.

Compared to shingles Its much lighter and stronger and also quicker to install because you don’t need plywood underlayment you can just screw it straight to the frame.

Because its so light it’s easy for two people to lift into place.

Actually, If I built another coop I would install the hardware cloth as I assemble the walls while everything is flat on the ground.

I started out snipping this stuff by hand which got old real fast.

Then I installed the door to the run which I attached with gate hinge hardware and a spring loaded latch to make sure the gate remains securely closed.

And that’s it! The coop is complete! All it needs now is some new occupants. 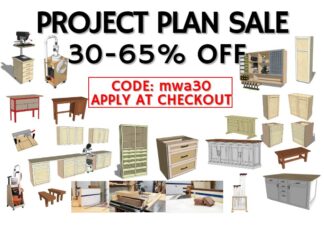